Mon Maya no more with us

Home /News/Mon Maya no more with us 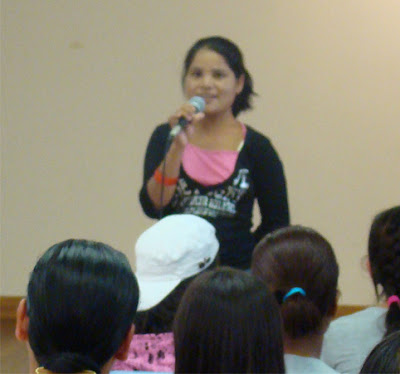 The suicidal death of a resettled Bhutanese, late Mon Maya Ghimirey(Bishwokarma) at her residence in Adelaide has not only aggrieved the whole Australian Bhutanese but has also brought about various speculations and a dramatic shock to those who are resettled here from the Bhutanese refugee camps in Eastern Nepal.

Mon Maya was hosting a family of five, with her four children, including a daughter and three sons. The first death case to have happened in Bhutanese community here is not only the first in the state but is also the first death case among these newly resettled Bhutanese in Australia as a whole, since Bhutanese have started resettling here right from the first quarter of last year 2008.

However, the exact reason behind this saddest mishap is in itself a matter of questions and speculations. The where about of the incidence is quite some reckoned to be around 3:00 pm according to Narayan Bhattarai, who was called to interpret for Mon Maya with her psychologist at 4:00 at her place of residence.

Saddened children in their state of helplessness and being shocked by the demise of their beloved mother, the community has responded with a sense of duty to give them a good comfort and consolation. For the time being until final decisions are framed by tomorrow’s meeting of some community people at Migrant Resource Centre, the children are being taken in guidance of Gauri Giri.

WHAT NEXT?
Including her case Co-ordinator Laxman Yogi, some community folks had gathered at the place of incident in the evening. Bewildered by the circumstances of sudden incident at new place with entirely different norms, the folks had nothing more than to do with, other than facing questioning glances at each other.

What next? To an inquiry made to the attending police officer by Bikram Adhikari and Laxman Yogi, he told that the body will be taken for post-mortem,which probably be taking place tomorrow, and the final rituals to be held on Friday.

Responding the queries of some folks who were present there, about the incident, officer stated “I am pretty sure there’s nothing to be suspicious about, as I have seen the body”.

The officer replying to saddened folks also added that regarding the rest of the ritual, it will be necessary for the community to find a funeral director, who in his regards will contact to Coroner Officer and the final ritual will be performed thereafter.

“We are really shocked by the sudden suicidal death of Mon Maya Ghimirey today. This is a kind of sad and perilous pain to all of us.

“WE THE BHUTANESE CUMMUNITY IN SOUTH AUSTRALIA EXPRESS OUR HEARTFELT CONDOLENCES TO THE BEREAVED CHILDREN AND PRAY WITH OUR DEEPEST SENSE OF SYMPATHY FOR THE DEAD SOUL TO REST IN ETERNAL PEACE IN HEAVEN.
WE PRAY FOR HIS ALMIGHTY ON BEHALF OF THE BEREAVED FAMILY TO ENSHRINE STRENGTH AND COURAGE TO WITHSTAND THIS PERILOUS SHOCK”.