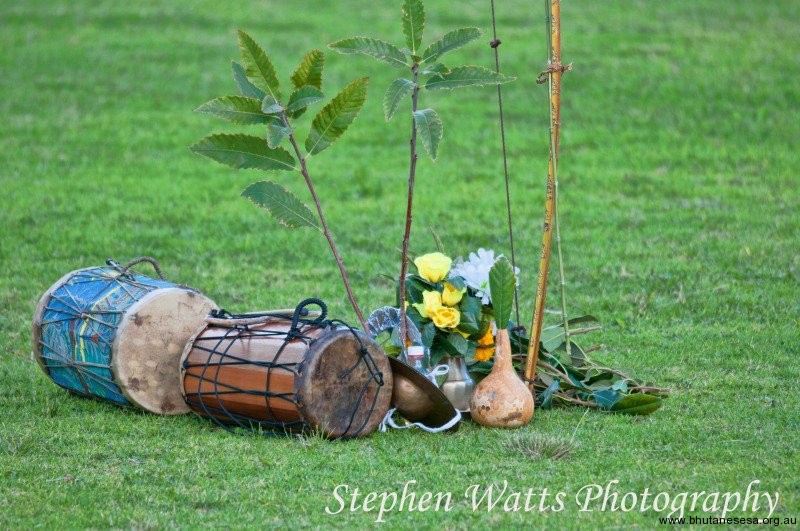 The Bhutanese community in Adelaide celebrated their fourth anniversary which marked the fourth year of resettlement in South Australia.

The function was organised by Bhutanese Australian Association of South Australia (BAASA) in Fremont Park in Elizabeth of South Australia that showcased the different cultural dances and songs. In the past, the annual day used to be organised in closed doors with high level dignitaries. Not a single invitation was sent to dignitaries this year, making it purely a day for Bhutanese to enjoy together, claimed the organizer.

The event this time was a Sakela Special, a festival of the Rai community which falls on May every year. The Rai community presented special Saketa dances. Participants were also explained about historical significance of the Sakela. Sangini, the peculiar traditional Nepali dance, by Bhutanese senior ladies was another attraction of the event. There were some dances and songs performed by the Bhutanese youths.

Football teams, Adelaide Dragons Team Red & Blue fed the people with the delicious momos, samosasand some other Nepali dishes which was part of their fund raising initiatives to participate in the interstate football carnival scheduled for July this year in Brisbane, Queensland. The football teams also received donations from the participations.

Separate stall was set up by management committee of Bhutanese-Nepali Ethnic School calling on the audiences and community members and other local residents to do gold coin donation. Bhutanese in South Australia have started teaching Nepali language to children on a voluntary basis in Salisbury every Saturday since March 2012.

A team from the Yuba Sansar, a Bhutanese radio program aired from Radio Adelaide, remained dominant throughout the event. Presented in their own attire of ‘YUBA SANSAR’ printed T-shirt, the radio team hosted a raffle for fund raising. Four awards – 12-Megapixel digital camera with 2GB SD card, DVD player, MP3 player and 4 GB flash drive – were given to the raffle winners at the end of the event. The Yuba Sansar team also sold T-shirts that printed their logo. Two members of the team – Lok Safal and Neeru Khapangi – hosted the function.
Three emerging singers of the Bhutanese community – Subash Dhungana, Tek Dahal and Shova Biswa thrilled audiences with their melodious voice while several dancers in traditional dresses became attraction for the audience – both Bhutanese and non-Bhutanese.
Fun games like ‘cock fight’ and ‘save the hat’ invited cheers from the audience.The winners were given Pentium IV computers, sponsored by Australian Refugee Association (ARA).

The event that began with choirs of Australian National Anthem ended with the vote of thanks by the New BAASA Chairperson, Suren Ghaley.

This is first event organised by new BAASA executives, since they took over the responsibility in April first week. Following the successful celebration of the annual day, coordinator of the event Sushil Niroula has extended THANK YOU to all who supported organising the event.